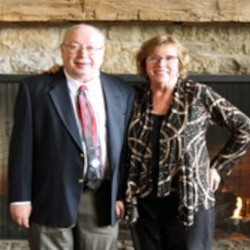 Lion Debbie has been involved in Lionism since 1989 when the Hilliard/NW Lioness Club was created. In 1992 she joined the Hilliard Lions and is now a proud member of the Columbus Beechcroft Lions where she has served at the club level as club president, vice president, director and this year as club treasurer.

Lion Debbie is currently serving as the Multiple District Secretary, a position she has held since August 2005. At the district level, Lion Debbie has served as District Governor in 2012-13, CST, newsletter editor, convention chair and zone chair along with serving on various leadership and extension projects. She is a Progressive Melvin Jones Fellow and a Betty Coffey Fellow. At the 2022 State Convention received an International President’s Award.

Lion Debbie has an associate degree in Hospitality Management from Columbus State Community College, a BS in management from Ohio Dominican University and is a certified culinarian with the American Culinary Federation.

Lion Debbie met her husband, PDG Dave, while working at Chemical Abstracts Service. They have three adult children: daughter Lion Jennifer, also a member of the Beechcroft Lions and son Zachary both live in Columbus, while son Joshua and his wife, Monica, live in Houston Texas. Two standard poodle career change Pilot Dogs, Lily and Rio, round out the family and keep the household jumping!!