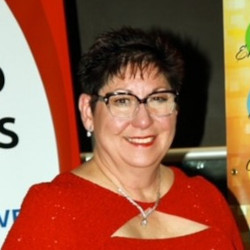 Lion Cindy has been involved with Lions at an early age. She was a Bloomville Leo while in high school. A Lion since 1993 and has served our Association in a variety of capacities. She started out as an Attica Lioness, serving as President. When International approved women to join Lions, she transferred to the Attica Lions Club, as the Lioness disbanded. Lion Cindy began to exhibit her passion for Lions by mentoring young people. She served as the Seneca East HS Leo Club advisor from 2002-2004 and was also District 13-B Leo Chairperson during the three years spanning from July 2003 to June 2006. Lion Cindy served as Membership Chairperson during the 2008-2009 term before serving as their Club President during the 2012-2013 term. During the 2013-14 Lions year, Lion Cindy took on a leadership position benefiting many clubs, serving as Zone Chairperson for District 13-B, Zone 2. While in the Attica Club, she had many years of perfect attendance.

In July of 2014, she transferred to the Bloomville Lions Club, where she immediately showed her passion for service by helping with various club projects while also serving as the Chairperson for Seneca County Project Lifesaver, a project of the entire District 13-OH2, Zone 2. She served as Club President during the 2019-20 term. During this term she also served the District as Region A Chairperson.

Cindy is the daughter of PDG Paul Burgderfer and the late Lion Rosalie. She is married to Mark and they will celebrate their 29th anniversary in 2022. They are the parents of two daughters (Dani/David Feret and Amy/Matt Nims) and one son (Derek/Morgan Beat), have 1 granddaughter (Hailey) and 2 grandsons (Dean and Wesley). Cindy is an Administrative Assistant at Attica Lumber Company. When not working or at a Lions function, you can find her helping Mark at the Attica Fairgrounds (their second home!), following THE Ohio State Buckeye football team (GO BUCKEYES!) or ushering at the ‘Shoe.