The "Ohio District" was formed in 1920 when our first club was chartered in Cleveland and 12 more clubs around the state soon followed.  Also in 1920, the association became International with the addition of a club in Canada.

In 1922 Lions International redistricted the entire country and numbered the districts in the order they joined. As a result Ohio became known as "District 13".

Later, as membership grew and more clubs were formed it became necessary to divide the state into two districts and in 1933 Ohio became "Multiple District 13", or MD13.

Click on the tabs below to see how MD13 has been divided into districts through the years. 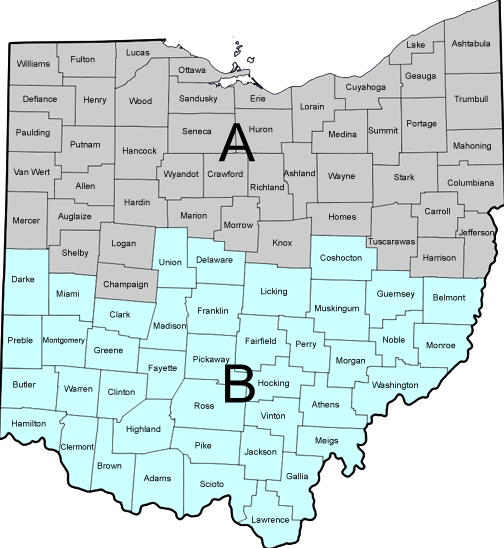 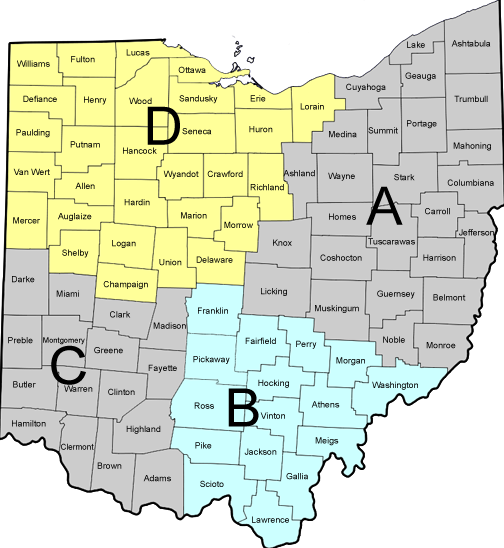 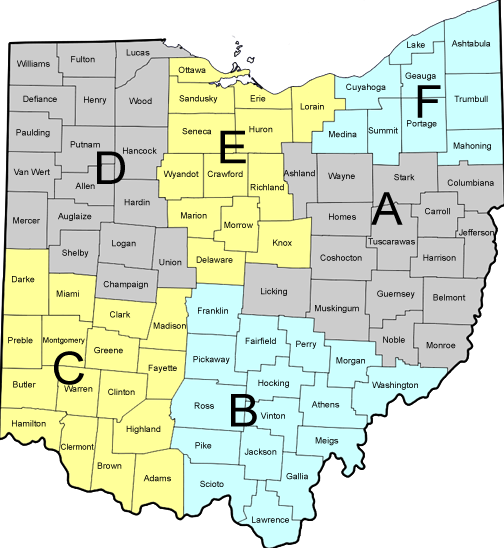 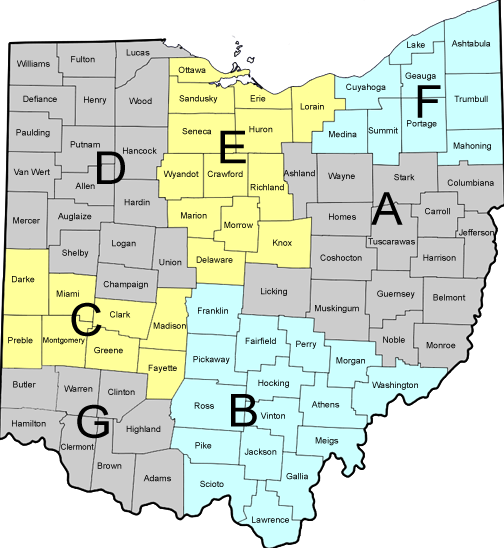 * District boundaries for the years 1947 - 1949 as represented above have not been confirmed, but the layout should be a close approximation based on how they ended up in 1950.  In 1948 District C was divided into C and G, while District B continues to remain unchanged for a couple more years. 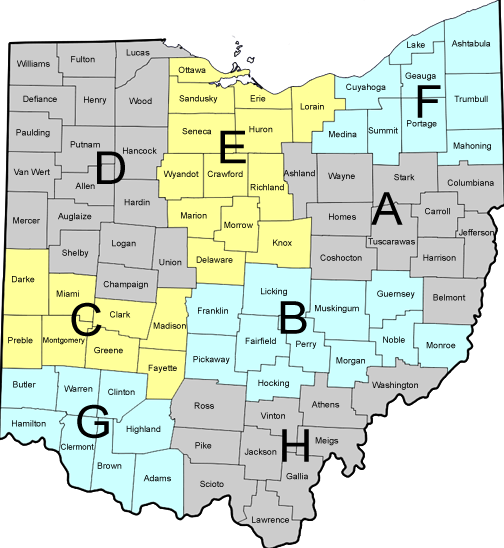 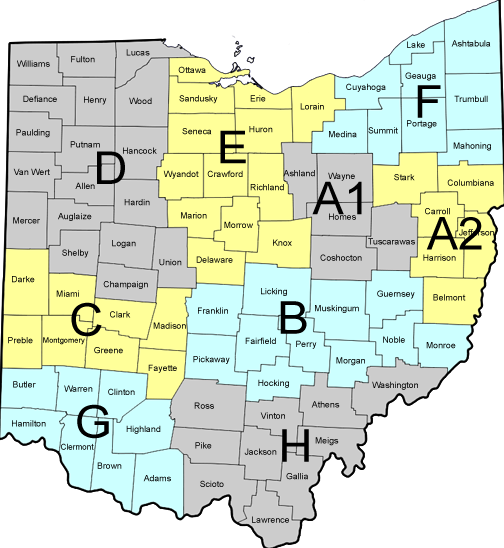 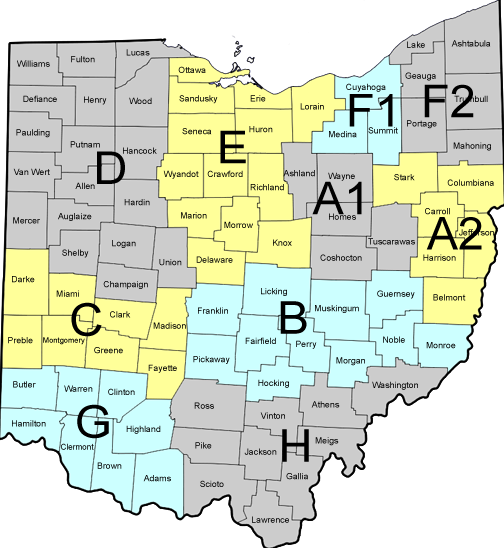 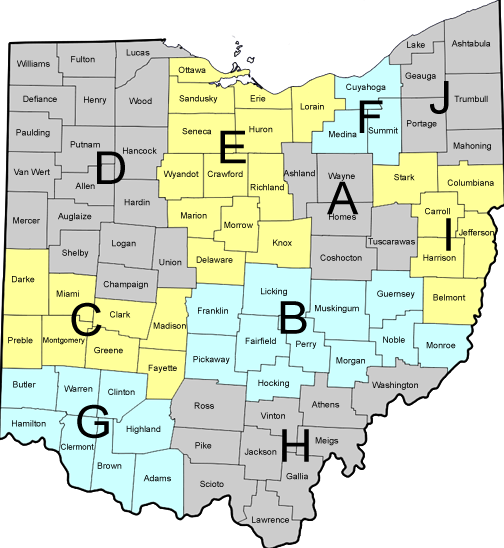 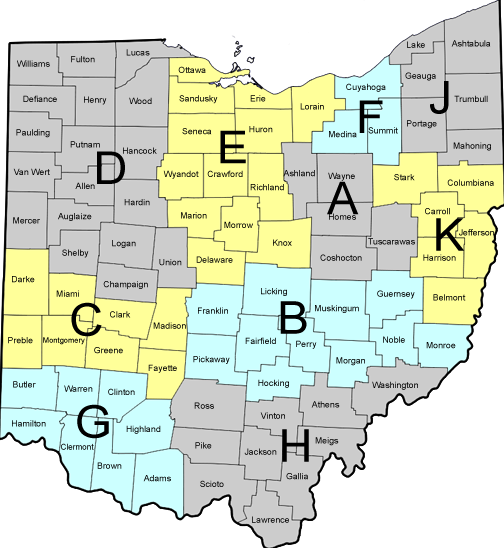 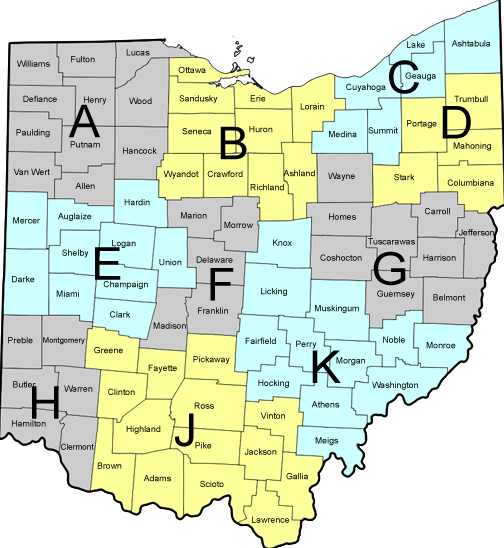 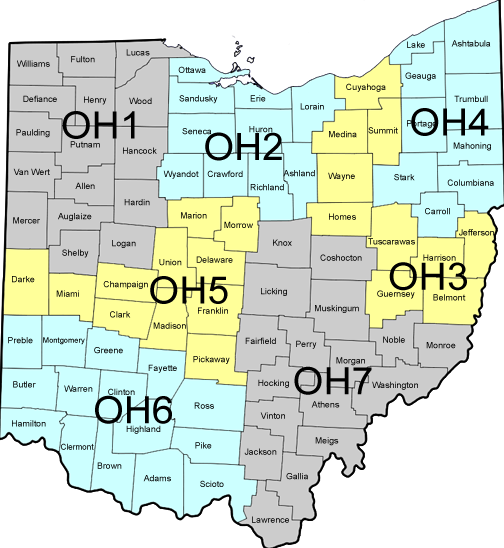 A more complete timeline of the history of Lions in Ohio was compiled by PDG Bill Keller during his tenure as webmaster and is available on the Ohio Lions History 101 pages.  Content there is still being updated, so if you have something you would like to contribute, please let me know or contact PDG Bill Keller directly.