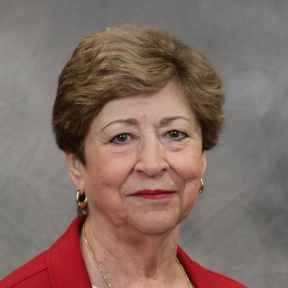 In 2012, the Gallipolis Lions Club began accepting women into their membership. Lion Ollie was the first woman to join. She immediately got active helping with many projects. In the same year she served on the Board of directors and became 3rd VP.

In 2015, she became the first female president! As president, she initiated four new service projects, which the club continues with annually. She was also instrumental in chartering the first Leo Club (River Valley Leos) for the Gallipolis Lions.

In 2016, OH7 was formed and she became Zone 8 Chair, serving in this capacity for two years.

She received extensive training through Lions University, earning a Bachelors and a Masters degree. Lion Ollie also participated in Levels I, II and III of the Regional Lions Leadership Institute. She has attended four USA/Canada Forums and four International Conventions.

In 2014 Lion Ollie was honored as Zone Lion of the Year and as the #2 Lion Catcher. She also received the Council of Governors Chairman’s Excellence Award.

In 2017, she received an International President’s Certificate of Recognition. She has also received two Council of Governor’s Awards of Merit and a Presidential Award.

Lion Ollie married PDG Richard Tipple, whom she met in Lions. She likes to call him “Lion Honey.” She and Rick are enjoying life with his grandchildren.