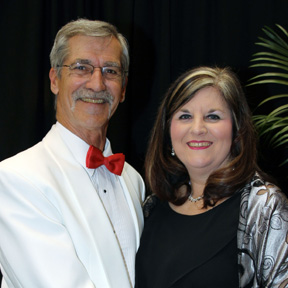 Lion Ric joined the Mad River Lions Club in March of 1999. He has been very active in his club since joining. He has served as Secretary, Club Service Chair, Club Administrator, Club LCIF Coordinator, Club Marketing and Communications, 3rd Vice President, 2nd Vice President, 1st Vice President and President. He is also co-chairperson of the Mad River Lions Breakfast With Santa and is a member on numerous other committees of the club. Lion Ric stays very involved in his club’s fundraisers and service projects. He has also served as Region Chair, District 13H Newsletter editor, District Convention Program Book Publisher and Marketing and Communications chair. He is always promoting Lions through electronic media and has been known to be called "Mr. My Lion" on numerous occasions due to his love of electronics, knowledge and promoting the use of the LCI MyLion program. He was recently named a Product Ambassador by LCI for digital products.

Lion Ric retired from Wright-Patterson Air Force Base after 20+ years in the military. He then went on to continue his career at the U.S. Postal Service where he retired from Supervision after 22 years.

In Lion Ric’s spare time, he enjoys traveling (especially cruising and going to the Smoky Mountains), assembling special bikes for AMBUCS for people with disabilities, talking to others and being part of the electronic age keeping up on the latest news.