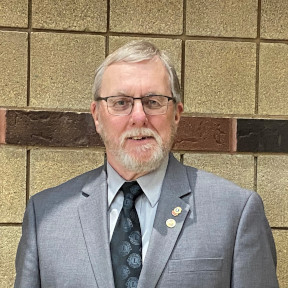 Lion John is a member of Ohio Lions Past District Governor’s Association and has served as its Secretary-Treasurer since 1999. PDG John has attended and chaired many District, State and International Conventions as well as Fall Conferences, Winter Retreats and USA/Canada Lions Leadership Forums.

John was a design engineer for 38 years and worked 10 years at Lowe’s Home Improvement in Findlay. Lion John retired in 2015. From 1971-1977 he served in the Ohio Air National Guard as a Site Development Specialist at Camp Perry’s 200th Civil Engineering Squadron, "Red Horse". Lion John was President of Hancock Soccer Association in 1991 and again in 1995 and served on the HSA Board of Directors for 15 years. He was a USSF soccer referee for 20 years and also a Ohio High School soccer referee for 18 years. In his free time he enjoys making furniture and woodworking projects in his shop.

PDG John and his wife Lion Susan have been married for 44 years. John and Sue are parents of three sons Ryan, Kyle and Justin and grandparents of 3 boys and 2 girls. They have also been parents of 6 exchange students. Susan was a Charter Member and Past President of the Findlay Lioness Club. Currently she is a member and President of the McComb Lions Club.