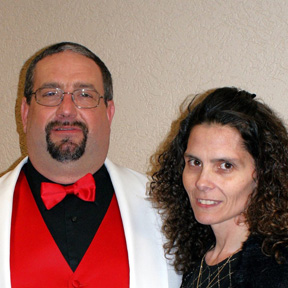 Council Chair Kenny along with his wife Lion Darlene, joined the Hayesville Lions Club in November of 2003. Since that time Lion Kenny has served his club as Asst. Secretary, Membership Chairman, Director, Tail Twister, Project Chairman, Lion Tamer, as well as serving as Club President twice. At the district level, he has served as Zone Chair, Tail Twister, 2016 Convention Chair and District Governor 2019-2020.

Lion Kenny has 14 years of perfect attendance, has sponsored 6 new members, was Lion of the Year in 2010-2011, and is a Dick Bryan Fellow. He is a Melvin Jones Fellowship recipient.

Lion Kenny is the Parts Manager at Ashland Tractor Sales, Inc. He is a 1987 graduate of Ashland High School, and a 1989 graduate of the Ohio State University- Agricultural Technical Institute. He is Life Member of the Ashland FFA Alumni and served as the President of the Ohio FFA Alumni Association in 2002.

Lion Kenny and Lion Darlene have been married for 28 years and have two children Lion Michael and Lion Stephanie with whom they own Schuck Ventures LLC. They raise sheep, cattle, hay and sell straw in rural Ashland.