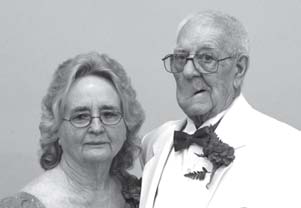 Lion Barb was a member of Millersport Lioness from November 2005 until 2012. During that time, she served as Board of Directors, secretary, treasurer, and she was president from 2007 to 2009. She received an excellent president award twice and her club received the Club of the Year Award in 2009. From 2006 to 2015 she served as a member of the Millersport Lions, working on the membership committee for two years and was membership chairman for one year. Barb worked as co-chair for the Millersport Sweet Corn Festival Souvenir Book for two years and, serving six years as chairman. She worked two years as a helper in the major prize booth and served eight years as the Chairman.

She served as zone chair from 2013-2014 and 2015-2016 and assistant zone chair for 2014-2015. Barb is certified as a vision screener and has served as assistant to the International Convention Committee as a pin seller for the last six years, five years on the Marketing and Communications Committee, two of which being the secretary.

Currently a member of the Baltimore Lions Club, she is serving a third year as secretary. A single parent of three children, six grandchildren, and nine great-grandchildren. Barb is happily married to PDG George Bachman, the love of her life.