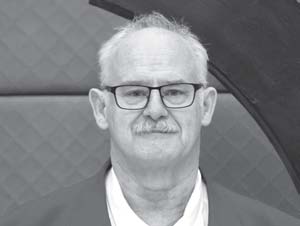 Lion Dean has been a Lion for 36 years. Dean joined the Kenton Lions Club in 1981. During his time as a Lion he served in six states, 10 clubs, six districts. He has held all club offices except treasurer. Dean has served multiple times as a regional chair four times, as zone chair six times, and currently as District Governor for OH 1. Dean is proud to be a Melvin Jones Fellow.

Dean was born & raised in Kenton, Ohio, from 1972 through 1980 Dean served in the US Army. He graduated from Northwest Business College. Dean retired from the National Park Service after 34 years as an Administrative Technician. Dean is a life member of the American Legion & AMVETS. In his free time, he enjoys model railroading, photography & woodworking.