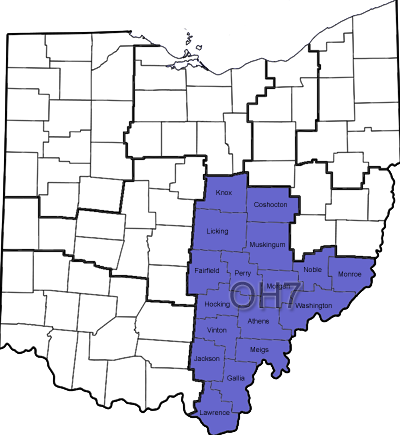 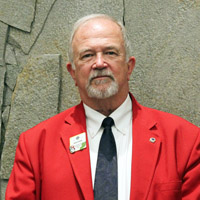 District Governor Dave Stockum joined the Rushville Union Lions Club in 2008 after retiring from a 35-year career as a secondary English teacher. The majority of his teaching career was spent at Lancaster High School teaching Advanced Placement and College Preparatory English while coaching a variety of sports. He spent time as Head Girls Softball and Head Girls Tennis Coach, as well as coaching varsity football and freshman basketball. In 1979, Dave was the Southeastern District Football Coach of the Year after leading John Glenn High School to an undefeated regular season.

For the Rushville Union Lions, Dave has served as assistant secretary, secretary, third, second and first Vice President, as well as club President and Membership Chairman. The club has been a leader in district contributions to OLERF, OLF, LCIF, Diabetes Awareness, and COLEB for over a decade, also supporting Pilot Dogs, Inc. and being a special friend to the Ohio State School for the Blind’s Marching Band, supporting them generously on their trips to the Rose Bowl, the Memorial Day Celebration in Washington, D.C., and their upcoming trip to the Centennial Convention in Chicago. Dave is a Melvin Jones Fellow, a Dick Bryant Fellow, and a Rushville Union Lion of the Year. He has received the Council of Governor’s Award of Merit twice and the Council Chairman’s Award of Excellence. He has also received two International President’s Certificates of Appreciation. Dave has attended all three Ohio Lions Leadership Training Institutes and is the secretary of the STEPS initiative, the Ohio Lions Centennial Legacy Project. He is also a certified Guiding Lion. He has served as the Zone 4 Assistant Chair and the Zone 4 Chair. Dave is currently on the Board of Pilot Dogs, Inc. He has sponsored five new members for the Rushville Union Lions Club. Along with his sponsor, Lion Don Hillyard, Dave initiated what has become the club’s major fund-raiser and helped to create an atmosphere in which the club accepted its first female members in 2016. He is honored to be the first District Governor to come from the Rushville Union Lions.

Dave is divorced and has four children: Michael, a bailiff in the Fairfield County Court System; Ben, an actuary for Great American Financial Services in Cincinnati; Billy, an analyst for the Chase Bank in Columbus; and Betsy, the wife of Jayme Tacderan and mother of Madalynn and Kolten Tacderan. She also has two stepsons, Landon and Davis Tacderan. Dave’s brother and sister are retired teachers, and his parents also served their community in the local education system, his father having been Superintendent of Schools in the East Muskingum, Sheffield-Sheffield Lake, and West Jefferson School Districts during his career. In his spare time, Dave plays a little golf, reads, writes and travels. He is a graduate of Lorain Brookside High School and Cornell University