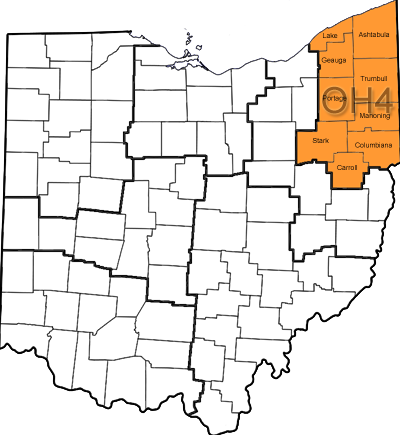 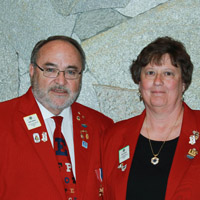 DG Wayne has had 100% attendance since he joined the Calcutta Lions Club in 2009. He served on their Board of Directors for 6 years. He also served the club as tail twister, 1st and 2nd Vice President, and President, receiving the President Excellence Award. DG Wayne is a Certified Guiding Lion.

DG Wayne has received a Zone Chairperson Award in 2015, as well as a MD13 Council of Governors Award of Merit. He has also received a Knights of the Blind Award and is a Melvin Jones Fellow. In 2016, he was presented the International President’s Award. Eight new members have been sponsored by DG Wayne.

A graduate of the MD13 Regional Lions Leadership Institute in 2013, 2014, and 2015, DG Wayne has attended 7 Spring Conferences, 6 Winter Retreats, 8 District Conventions, 6 MD13 Conventions, and 3 USA/Canada Forums, as
well as the 2017 International Convention in Chicago where he was installed as OH4’s District Governor. He has achieved both a Bachelor’s and Master’s degrees from USA/Canada Forum’s Lions University.

After graduating high school, DG Wayne attended Kent State University. He later worked in the consumer finance industry for 29 years, finally retiring in 2014 after 12 years with the Beaver Local School District. He has served his church as an elder, Sunday school teacher, youth group advisor and choir member/soloist. He is past president of the board of directors of the Columbiana County School Employees Credit Union.

An avid pin trader, DG Wayne is a member of Lions International Trading Pin Club, the Pin Trader Club of Virginia and serves on the board of directors of the Ohio Lions Pin Trader Club.

DG Wayne has been married to Lion Janet for 47 years. They have 2 sons, 2 granddaughters and 1 grandson.