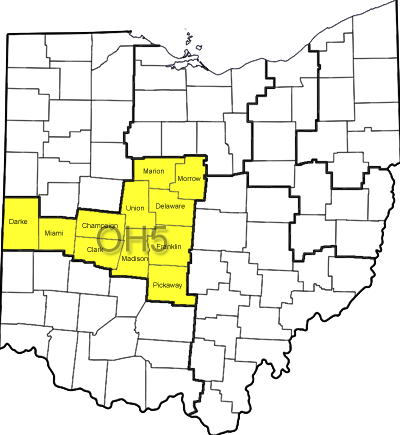 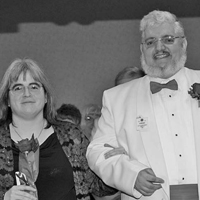 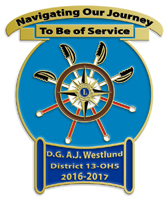 As a Lion, A. J. has served as a member of the Westerville Lions Club since 2007 in the offices of Director, 2nd, 1st Vice-Presidents, and President in 2009-2010. At the District Level Lion A. J. has served as Zone 2 Chairperson, 2nd & 1st Vice-District Governor and Lions ALERT Coordinator. Lion A. J. graduated from the first Regional Lions Leadership Institute (RLLI) Level One and has since completed Levels Two & Three and been a speaker at the numerous Winter Retreats and State Conventions as well as earning both the Bachelor’s & Master’s Degrees from the USA/Canada Forum Lions Leadership Program.

In 2012, Lion A. J. asked his new Bride, Aimee, to join the Westerville Lions. She agreed to join stating, “At least I know now that I will have a guaranteed Date Night.”

Lion A. J. is a published Poet and avid Crotchetier. His Scarves and Afghans have been used in numerous Auctions throughout the District. Lion A. J. is an Audio-Describer for the Blind and Visually Impaired of Central Ohio.

Lion A. J. hopes to be able to pass along his knowledge and experience to the next generations of Lions. As he states in every Lions presentation he conducts: “Some people live their entire lives wondering if they have made a difference in the world. I am a Lion, I will never have that problem.”

Professionally, Lion A. J. is a Certified Safety Management Practitioner working as a Safety & Risk Management Consultant and OSHA Authorized Instructor. He also continues to serve as a Disaster Recovery Specialist with FEMA & the American Red Cross, having served on every major National Disaster since Hurricane Andrew (1991).