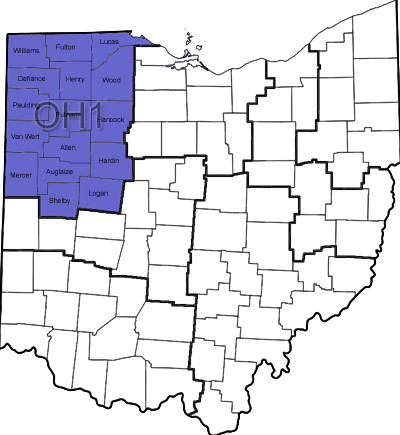 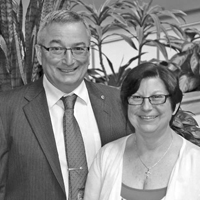 Lion Sheryl joined the Wauseon Lions club in April of 2006. She was introduced to Lions by her parents, PID-PDG Jerry Smith and PDG Judy. Lion Sheryl has been very active in her home club since joining. She has served as the club’s secretary for six years, during 2008-2014. She earned the 100% Secretary Award 3 out of those 6 years. Lion Sheryl is currently the clubs vision chairperson and she continues to serve her community with their vision needs through this avenue. Lion Sheryl has also served on the club’s board of directors and other committees. She held the office of club president during the Lions year of 2014-2015.

Lion Sheryl has also served on her district’s cabinet in the capacity of Cabinet Secretary from 2010-2013, Lion Tamer 2013-2014, 2Vice District Governor/GLT/GMT Team 2014-2015, 1Vice District Governor/GLT/GMT Team/Zone Chair 1 for 2015-2016. She has been honored by her peers with the International President’s Award; the Ohio Lions Council Chairman’s Award of Excellence, awarded a Dick Bryan Award, and also was awarded a Melvin Jones Fellowship from her club for her service in 2014.

Lion Sheryl has two grown children, daughter Lion Anna Schmunk, son Lion Nick Schmunk and daughter-in-law Lion Ashley, and one step-son, Daniel Burnette Jr. She also has four grandchildren, with one on the way, due in June of 2016. Most Lions in her district and at the state level know her grandson, Lion Cub Justin, which is Lion Nick’s son. Lion Sheryl married her best friend and fellow Lion, Dan Burnette a year ago February in 2015. Lion Sheryl has recently retired from her job of 27 years at Archbold Container, a Green Bay Company. She fulfilled different positions within the company over the years, from being on the production floor to supervision.

In her spare time, other than her passion for helping and serving others through Lions, she is a motorcyclist enthusiast and loves to ride her Harley. Lion Sheryl is also a big Ohio State Football fan. She loves to read, scrapbook and work in her flower gardens. She is also involved with her church, and church ride group.