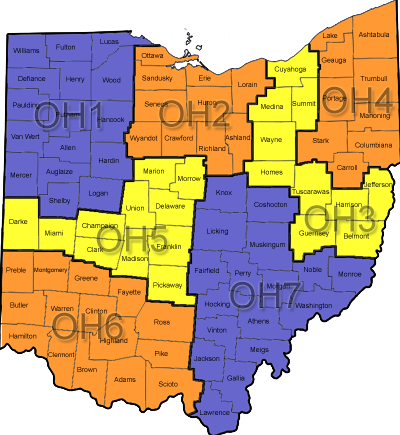 CC Ben Cosgray & Kathy
This email address is being protected from spambots. You need JavaScript enabled to view it. 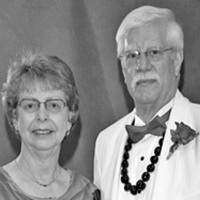 A Lion since July 2006, Lion John B. “Ben” Cosgray is a member of the Plain City Lions Club. With the Plain City Lions, he has held several positions of 3rd, 2nd, and 1st Vice President, President, and a Club Director for 7 years. Lion Ben also served on several committees, as a member and some as chairman. He is actively involved in the club’s fundraisers and can be found cooking breakfast or serving at the annual Plain City Lions’ Sausage Stand during the annual four day Miami Valley Steam Threshers Association’s Festival in Plain City. He has 9 years of perfect attendance and has sponsored four club members (including his wife Kathy).

On the District level, Ben has served as District 13-F Zone 7’s Chair from 2011-2013. He is a Melvin Jones Fellow and has received the Council of Governor’s Award of Merit in 2012 and the President’s Leadership Award in 2013. He is a Certified Guiding Lion and was instrumental in establishing the Olentangy Noon Lions Club. Lion Ben has attended District and State Conventions, Winter Retreats, USA/Canada Leadership Forums and International Conventions. Lion Ben is also a recent graduate of the Advanced Lions Leadership Institute.

Besides Lion Ben’s work in Lionism, he has been busy working to revitalize Plain City by volunteering with the Uptown Plain City Organization serving as past chairperson of the Design Committee. This led to serving six years on the Village’s Design Review Board for the Historic District. He is an active member and past Treasurer of the Plain City Historical Society and was the Financial Officer and Adjutant of the Plain City American Legion Post 248. Lion Ben also serves as President of the Board of Trustees of the Plain City Senior Center, Inc. which oversees the local senior citizens’ housing project.

Lion Ben grew up in Plain City and graduated from the Ohio State University in 1970 with a Bachelor’s of Industrial Engineering and in 1972 with a Master’s of Science in Industrial Engineering. Lion Kathy and Ben moved to Howell, Michigan after graduation and he went to work for General Motors and eventually Electronic Data Systems. He retired in 2005 after a combined 33 years of service and moved back to Plain City.

In June 2016, Kathy and Ben will celebrate 48 years of marriage. Lion Kathy also grew up in Plain City and together they have two married daughters. Both were born and raised in Howell, Michigan but moved to Ohio after they married. Laura now lives in Westerville and Stephanie in West Jefferson. Ben and Kathy have five grandchildren.